I was working alone one night in plain clothes as the PAIC in Buffalo. There was a uniformed team on that night as well, Bob Dubay and I forget who else. I was in the bus station when the NYC bus pulled in. I was scanning the people getting off over the top of a newspaper I always carried. Last guy off the bus looks like a Jamaican to me and he enters the station kind of tentatively. He kind of angled away from me and I kind of start sauntering his way with out looking at him. He's making toward outer doors and I head in same direction. He hits the door and starts running with me after him. (under the old maxim, if he's running, I'm chasing, UNOIMSAYIN) He's running the side streets in downtown Buffalo and I'm gaining but just can't quite reach him. However, I did get close enough to hit him in the head with my brick sized walkie talkie. I forgot to tell you he was shaking out a bag of white powder while he was running. I ran through a cloud of coke while calling for Dubay. They showed up on the scene and we apprehended the guy who was a Jamaican. They transported and back at the office the guy saw that I was about twice his age and 75 pounds heavier. He just shook his head and said, "I gotta' stop using that stuff". 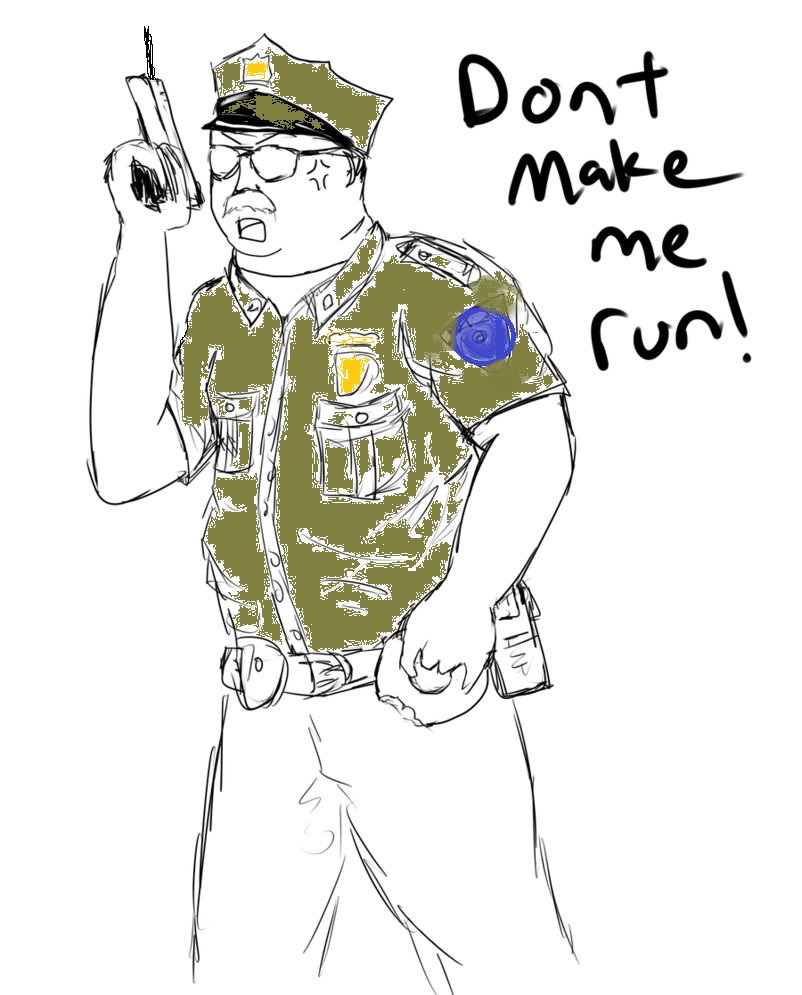